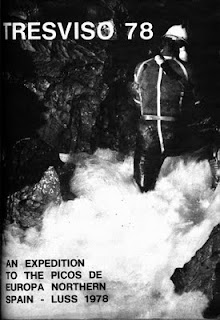 Introduction
In 1974 a small group of cavers from the University visited the Picos de Europa for two weeks. They descended a number of shafts above Mier, Shafts That were noted and partly explored in 1972. The deepest of these shafts was the Torca Viscayana. During their brief stay in the area in 1974, a certain amount of reconnaissance was carried out. The area to the south of Mier appeared particularly promising and local shepherds reported the presence of innumerable shafts at a village called Tresviso. Firstly the village is noted for item ripe cheese and this is normally stored in caves in that region. Secondly the hill La Mesa, next to the village was found to be sandstone. Other than these two facts nothing could be found to mention cave potential of the region and the 1975 expedition was planned very much as a reconnaissance visit. We were disappointed neither by the isolated, but beautifully situated village nor the caves which we found. The expedition was a great success. Treviso lies a little to the north of the heart of the Picos de Europa and is a good centre for walking in the wild mountains. Normal vehicles cannot negotiate the rough tracks supplying the village and our equipment had to be taken up by hired land Rover. People made their own way to Spain and over a period of six weeks twenty joined the expedition and stayed for varying lengths of time. Even with such a large group we were hard pressed to investigate the many caves and shafts, shown to us by the local people. Nevertheless we covered a large area in some detail and explored a number of large cave systems. Of the caves we found the Cueva del Agua was the longest and by far the most complex. Because of the complexity of this cave a systematic approach to exploration and surveying was difficult to put into practice. The survey is as a result by no means complete. However in the time available, we surveyed the 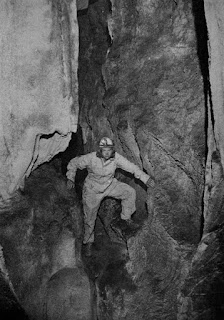 majority of the large passages. This is not to say that some of the unexplored smaller passages may not lead to further major extensions. It is hoped in the coming year to extend the main lines of the cave and to realize some of its enormous potential. The second major cave we explored was the Cueva de la Marniosa, a onetime cheese cave. The formations in this system were magnificent and the lower stream way extremely sporting. However, to by-pass the sump termination in this cave, as in Cueva del Agua, we will have to resort to artificial climbing. Down a muddy slope in this system that one of the group, Tony Harrison, slipped and fell to his death. It was an easy rope climb and a slip that could have happened to any of us. We offer our condolences to his family and friends. The People of Tresviso were a great help in the rescue and in showing us the cave entrances. We were given a fine site to camp on and spent many pleasant evenings with them in the bar. We hope to meet our friends in the village of Tresviso again in 1976.

Bibliografia
1.-(1975)Report On: Expedition To The Picos de Europa In Nothern Spain 1975